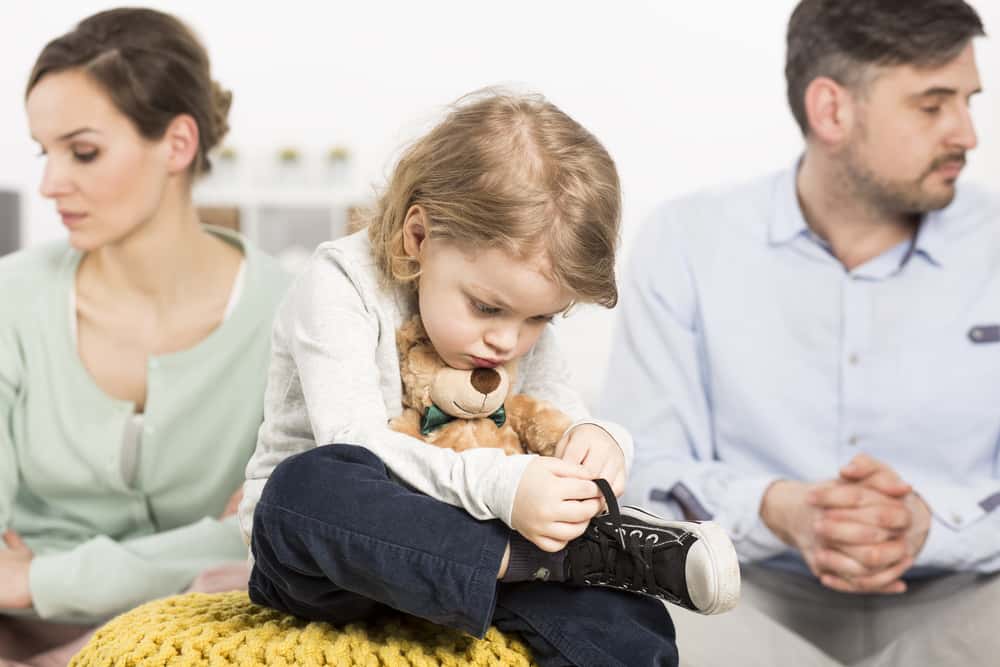 Why a Powerless Parent, Like Alec Baldwin, Reacts with Anger!

(And How Children Learn To “Tune-out” Powerless Parents.)

In a research article published in the journal, Child Development, the authors explored the ways in which children learn how to respond when parents behave in powerless ways. In this article, I will explain the specific implications of these findings for parenting, and for the recent fiasco between Alec Baldwin and his daughter.

These findings serve to highlight and support a conclusion that I have observed for years with parents:

When parents feel they have lost control, they compensate with controlling, power-driven strategies that only serve to make the situation worse.

A powerless parent is a term used to describe parents who feel that they have lost control and influence over their children. They readily express feeling helpless and powerless with their children. More importantly, they exhibit particular behaviors that undoubtedly communicate their sense of powerlessness to their children. This is quite evident in Alec Baldwin’s emotions captured on voicemail, and in his actions to his daughter.

How do children know that their parents feel powerless?

It’s really quite simple. Researchers report that these parents hesitate, pause, stumble through responses to their children, offer ambiguous assertions, and then…they attempt to respond with power tactics. This can take the form of “bully-like” responses that are extreme and demanding.

Alec Baldwin’s recent public disaster with his voice mail message is a great example of how a parent falls into the role of feeling completely helpless and move to extreme tactics that are controlling, demanding, and power-driven.

Of course, they are also remarkably ineffective, as such tactics scream to the child…”Dad is out of control…and you are in control!” Everyone loses.

Such a loss of parental temper at a child is deemed inexcusable by almost everyone, except those millions of parents who empathize with the feelings of powerlessness. Many of us have felt out of control, have said things we regret, and if recorded, might suffer great public shame and humiliation.

Having said that, it doesn’t make it right…whether it’s Alec Baldwin or your neighbor down the street. It just makes Alec Baldwin human, and HOPEFULLY, this tantrum on his part will serve to get him focused on ways of thinking and behaving that can really serve him…and his daughter.

Condemnation is of no value. Clear judgment about where Mr. Baldwin’s thinking and emotions went wrong is of some value. It is also helpful to have compassion and understand how such exaggerated parenting tactics become an inevitable part of the feelings of helplessness and having no control.

Another example of this was wonderfully conveyed in the HBO drama “Sopranos” several years ago. This is a drama where the Soprano family lives in an affluent neighborhood, and the father of the household is a mafia kingpin. The two children are beginning to stretch the boundaries, with the teenage daughter showing more and more oppositional behavior.

In this particular episode, the daughter directly disobeyed Mom. The parents were in the kitchen talking with the daughter about the situation. They made statements such as “Your behavior is unacceptable Miss. We have told you that a hundred times. You are not allowed to do that in this home…Not as long as you live under this roof.” [Notice how these parents are talking to their daughter as if they control her actions with words. Of course, they don’t, but it doesn’t stop them from talking as if they do!]

While angry, both parents exude a sense of frustration combined with uncertainty about where to go next. Instead, their words become more and more exaggerated, and threatening…but lack substance. They hesitate and stumble with what to say next.

Seizing the moment, the daughter then responds by saying that she had been thinking about this, and she felt she deserved a consequence. The parents look surprised, and mumble a bit…and then asked her what she deserved. She stated, “I think you should take my Discover card for three weeks.”

Both parents hesitate, look at one another, and sheepishly stutter through… “Well, that would seem okay.”

The conversation then ends with another comment by Dad, suggesting that “she had better learn her lesson, and never do that again.”

I offer this example as a way to illustrate how these dynamics unfold within the family. From early on, we have a tendency to try to control our children’s behavior with threats and words. We don’t have that kind of control. The more we attempt to try to exert control, the more we begin to lose control.

By getting our attention hooked on this “illusion” of control, we talk, threaten, yell, and demand.

We fail to see our source of influence and power. We feel helpless, and then begin to use exaggerated approaches.

Again, this is in no way meant to suggest that you do not have influence or that your actions fail to shape your child’s behavior. Just the opposite…THEY DO!

It is meant to clarify that there is a huge and dramatic difference between attempts to control children’s behavior, and efforts to exert influence through masterful use of your attention, your parental relationship, and control over consequences and environment.

So what happens to children when parents begin to feel powerless? The research suggests a fascinating response by children.

As parents begin to attempt to exert more influence and make more exaggerated statements attempting to force control, children begin to “tune out” their parents. That’s right…TUNE OUT!

While “tune out” is not a clinical term, we all know what it means. It appears as if our kids aren’t listening to us, or are choosing not to respond.

Are they really just ignoring us?

No. This is not a bold, blatant act of non-compliance and disregard for parental input. Instead, the research would suggest that children simply stop paying attention to us if we begin to make strong “power statements” that we cannot back up. Such statements sound like:

“You stop that now.”
“You must do this right away.”
“I will not allow that.”
“If you don’t listen to me right now, you will be sorry.”

So what happens to parents in the midst of this?

As parents attempt to exert more influence, and their children begin to “tune out” these efforts, parents become anxious and frustrated. The more anxious we become, the more we attempt to assert our power to regain attention and influence. This creates more “tuning out” by children, and the cycle of increasing difficulties can escalate out of control as the years go by.
So what do you do if you feel powerless? As with many of the questions that are addressed in this newsletter, there is both a simple and a complex answer. The simple answer is this: Reduce the signs and symptoms of powerlessness in your communications. You can do this by thinking out consequences in advance, speaking clearly without hesitation, and at normal volume. Do not overstate your influence, and focus on consequences to actions…not on efforts to demand compliance or control. Be calm…and be clear about what will happen when kids keep moving down an unwanted path.

The complex answer to that question is that you will be more effective as you congruently feel in control of yourself and your home. To do this, you must learn to believe in your tools and skills as a parent, and gain trust in those skills as you observe your impact. If you are following the Terrific Parenting principles, you can watch the effects change and influence your children’s behavior over time. This is a great boost to parental confidence.

Many of the strategies that we will discuss in the Terrific Parenting Newsletters will dramatically enhance your influence as a parent. If you haven’t signed up, please do so!

These amazing tools must be executed consistently and repeatedly over time. With each experience, you create an opportunity for your son or daughter to learn the rules of reality. One of the major principles I teach is the essential importance that your children experience choices-that come with consequences-that mimic reality.

If you want to learn how to combine these ideas into a comprehensive program, I recommend that you consider the Essential Parenting Home Study Program. For less than the cost of a single session of direct consultation, you can get a comprehensive program that will provide a solid foundation for profound change in your kids. Learn more about this program by clicking below:

Closing Comments: The findings of this research support the critical need for parents to have parenting tools that allow you to feel effective and influential. It becomes essential to learn these skills, and avoid falling into the rut of powerlessness where your children “tune out” your input.

Learn more about keeping your cool. Read this article on Mindfulness in Parenting.